I love Wimbledon, as I wrote last year but this year I’m fuming over the BBC’s coverage. Every evening at eight o’clock, there’s a programme called Today at Wimbledon, presented by John Inverdale. It’s there to help people who’ve been at work all day catch up on matches and hear some punditry from experts. Firstly, eight o’clock is too early for such a programme because play is still going on. Secondly, the guests are insulted. Two days ago, Tracy Austin and Boris Becker were forced to sit outside in the cold and rain. Every time they started to say anything interesting, Inverdale cut in to say they had to go to (fill in boring match involving some boring British loser). This was just rude.

Yesterday’s programme was the limit. It had hardly started when they moved live to the Sharapova match and showed it for most of the rest of the programme. Point one: I had to mute the TV because of the shrieking. Point two: *the match was being shown on the red button*, so the Beeb was in effect showing it in parallel. Meanwhile, Tracy Austin and John Lloyd were left with nothing to do. I was furious and read my book. Later I switched over for the ten o’clock news. Quite an important news day you might think, with the remarkable events is Northern Ireland. What was on? B****y football! I went to bed in quite a temper. 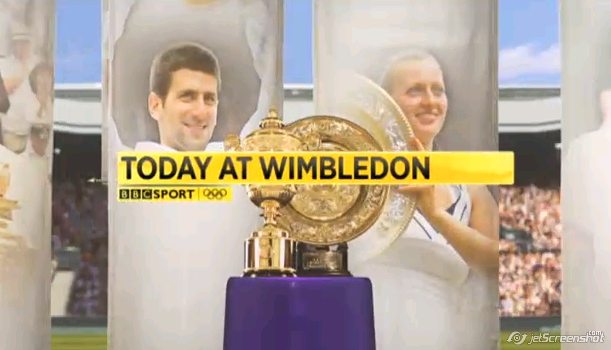