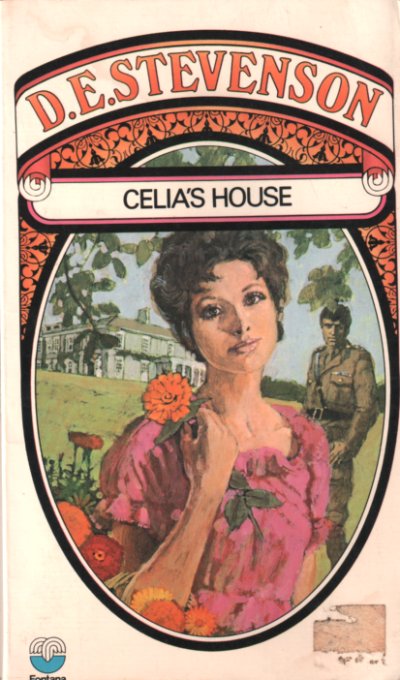 I have an on-off relationship with D E Stevenson, liking some of her books much more than others. Over the years I’ve had plenty through my hands, usually passing them on, something I now rather regret. Celia’s House will be a keeper; I really loved it. As in Ambermere, the house (here, Dunnion), is as important as the family living in it. The story begins in 1905 with Dunnion owned by a Miss Celia Dunne and ends in 1942 with another Miss Celia Dunne living there with her father and cousin. The Celia of the title is obviously crucial to the plot, but we don’t see much of her in the book. It’s far more a family story set in the Scottish borders; the story of a marriage, of love affairs and of the neighbours.

I was struck by how much D E Stevenson had drawn on Mansfield Park. There are amateur theatricals manipulated to allow for illicit liaisons. Little cousin Deb, who gives away her heart once and forever as a child, has the Fanny role. The book was published in 1943 and when a soldier walks up to the house one day during the war, the reader is left to guess the future of Celia and Dunnion. The synopsis given on the back of my copy gives a completely false impression of the story by suggesting that it’s about the struggle between generations. All generations here get along just fine.

This post is really an excuse to reproduce the cover of the old Fontana paperback. I have three of these now. They are so much of their time (around 1970) and so completely misleading!
( Collapse )
Collapse