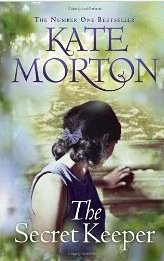 I’m so grateful to Simon and Schuster for sending me a Kindle proof of this book via NetGalley. I absolutely gobbled it up.

Laurel Nicolson is a famous actress in her sixties. She had a wonderfully happy childhood on a farm with her sisters and brother and their loving parents. Everything would have been perfect except that one day in 1961, when she was sixteen, she saw something terrible happen, literally on her doorstep. Now, her mother is ninety years old and dying. The children gather round but Laurel is not ready to say goodbye until she has some answers from her mother about that event in 1961. Various clues convince her that her mother’s past life is full of mystery and that the year 1941 was a crucial one.

Readers of Kate Morton’s other books will be ready for the backwards and forwards narration, which moves between 1941 and 2011. The account of life in London during the Blitz is believable and riveting but Laurel’s quest is just as interesting. Her mother has murmured about how lucky she has been to have been given a second chance. As the events of 1941 unfold, the reader asks, did she deserve it? Then the end of the story turns everything you thought you knew upside down. The wartime story, with its seemingly inevitable tragedy, has a Shakespearian twist to it. The ending is satisfying and worth all the page turning. I thought afterwards that I should have seen it coming. The fact that I didn’t shows how well the book is plotted.

I was lukewarm about The House at Riverton but had no such problems with The Secret Keeper. It’s a cracking read and deserves its bestseller status. I prefer the cover of the American edition, shown below. 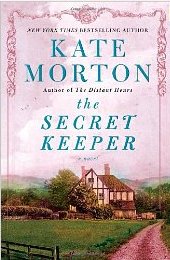