*sighs* I know most people would rather read my accounts of bargain hunting than my carefully thought out book reviews.:-) Here’s what I got today. 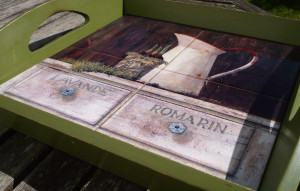 This wood and tile tray. It will be useful for over-wintering cuttings indoors.£1.00. 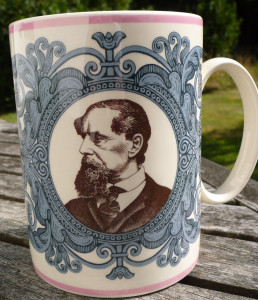 Wedgwood Dickens centenary mug, 1970. My hero! I don’t know why people don’t clean things up before selling; the tray and mug look so much better now I’ve washed them. 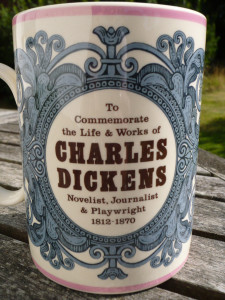 Some startlingly orange-red gladioli which I’d never have in the garden. For a pound, they make a nice feature on the hearth. 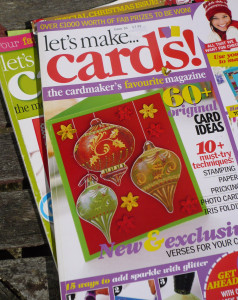 Craft mags. Why so, you ask? Two or three weeks ago I got a *real* bargain. Some people were selling card making materials. While I was idly looking at them, the chap said, ‘You can have the lot for £4.00.’ What? Part of me was saying, ‘No! You can’t possibly start a new hobby!’ The rest of me said, ‘Leave that lot there for that money?’ The stuff filled two very large bags and weighed a ton. Looking at it later, I estimated well over fifty pounds-worth of goods. I resolved to try making some simple Christmas cards, which is why I’m looking for inspiration. Today I also bought a Robert Goddard book I haven’t read and the usual fruit and veg. Quite satisfactory.

Contrary to weather forecasts of an autumnal feel to the weekend, it’s now heat-wave hot!
Collapse