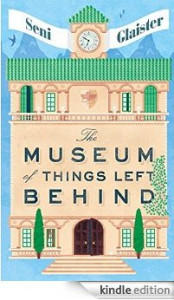 I see I’ve been posting more about gardening than about books lately, so here’s two book posts on the trot.

It took me a while to get into The Museum of Things Left Behind and start laughing. That’s because I was totally confused. Where are we? What’s the date? Who are all these people with strange names? It was like the first time I read a book by Violet Needham; I thought it was a Ruritanian historical novel until people started using the telephone and driving motor cars. The publishers say, ‘FIND YOURSELF IN VALLEROSA, A PLACE LOST IN TIME’, so suspend disbelief. I’d say not so much lost in time as out of time.

Vallerosa is … somewhere in Europe. Very few people find it because it’s basically a gorge, which is hard to access as there’s no airport. The principle crop and the mainstay of all Vallerosan life is tea. In Europe? Yes, and tea with exceptional qualities. The political system is an ‘elected dictatorship’ in which ministerial posts are hereditary and the bureaucracy is crippling. For generations, little has changed yet the people have been happy: until now. The birth rate is low, the president fears revolution, an American ‘consultant’ wants the country to export its precious tea and join the modern world. Really, he’s out to exploit the country and you can tell he’s no good because he regards the kindly inhabitants as ‘barbarians’.

Then Lizzie comes on the scene. She’s a young, attractive Englishwoman from a wealthy background. Due to a misunderstanding, the Vallerosans expect her to be ‘a royal personage’ and give her the royal treatment, even after the president has discovered his mistake. Wherever she goes, Lizzie is a sensation. Everyone wants to please her and she falls in love with the whole place and its citizens. Seeing what’s wrong, she sets out to cut the bureaucratic knots and set things right. Unlikely? Yes, of course it is but the book is really a fable about how it might be possible to run a society which works for all, whatever their social position. It reminded me of Dornford Yates’ The Stolen March, without the magic. Improbable but, in the end, rather charming.

The book will be out next month and I read it courtesy of NetGalley. 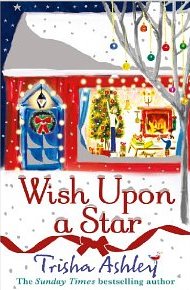 I knew I’d be on my own over the Easter weekend, so saved these paperbacks I’d picked up for holiday reading. Good Husband Material is quite an early (2000) Trisha Ashley novel. The married heroine is obsessed with her first love and, rather bizarrely, germs. I wouldn’t like to count the number of times the words ‘germs’, ‘disinfectant’ and ‘unsanitary’ (sic) appear in the book. I still enjoyed it. In Wish upon a Star, we are back in the ever expanding village of Sticklepond. Although packaged in a glitzy, Christmassy way, it’s not a Christmas book. Cally’s daughter Stella has a serious heart condition and can only be saved by experimental treatment in Boston. Cally, a cookery writer, sells her London flat and moves to Sticklepond to stay with her mother while she raises the money. The whole village rallies round, so we meet many familiar characters, plus there’s gorgeous (and kind) baker Jago to provide the love interest. I like Trisha Ashley’s jokes, like the local folk-rock group called The Mummers of Invention. But please, Ms Ashley, learn the difference between uninterested and disinterested. It’s an error which drives me mad every time I see it. There’s an awful lot of food in this book, as well as recipes. I think I put on pounds just reading it. 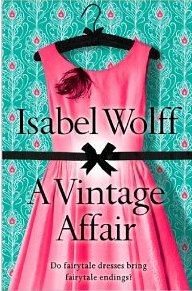 Anyone at all interested in fashion and posh frocks should enjoy this book. After years working in Sotheby’s textile department, Phoebe feels her life must change direction and she opens a vintage clothing shop in Blackheath. She has a broken engagement behind her and Something Terrible has happened, which she feels guilty about. I loved all the details about the shop and the way she buys for it. Why does an elderly lady, dying, want to sell her entire wardrobe yet refuse to part with a 1940s child’s coat? Phoebe feels she is a kindred spirit (the guilt thing) and sets out to help her find a resolution. While running the shop and carrying out investigations, Phoebe has two very different men after her and an abandoned mother to cope with, so she’s pretty busy. I thought Phoebe beat herself up unnecessarily about the Something Terrible and that the mystery something was revealed too early in the book but I still loved reading it.

There you go; three books recommended for light reading.
Collapse