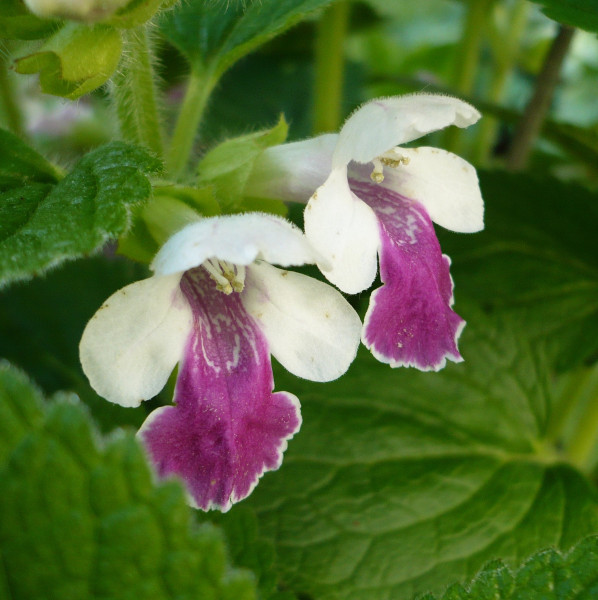 What to choose this week, when the garden is burgeoning and the whole countryside greening up? There’s blossom on the single apple tree and aquilegias flowering everywhere. Cow Parsley and bluebells in the hedgerows, Stitchwort, Herb Robert and Speedwell in the wilder parts of my garden. This azalea is ready to burst into its fluorescent glory. I have little vases of Lily of the Valley in the house.

I’ve picked a fairly humble but uncommon plant: Melittis melissophyllum, also known as Bastard Balm. I saw a solitary and rather straggly specimen at the garden centre last year and snapped it up because you hardly ever see it. I was thrilled that it came to life again this spring and made a sturdy little plant. It’s what Christopher Lloyd would have called a rather weedy plant; no structure, no knock ‘em dead flowers but it happens to be exactly the kind of plant I like. 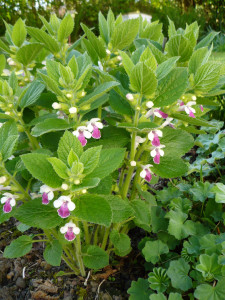