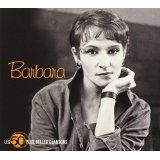 A little heads up about a good programme you may have missed. I love French music so Je t’aime, the story of the French chanson was a must-watch for me. It was shown on Friday evening on BBC4 (where else?) and clashed with HIGNFY. I caught up with it on the iPlayer yesterday evening and wasn’t disappointed.

Petula Clark, no mean chanteuse herself, was the presenter. There were people I’d never heard of, people I’d thought must be dead, people (Juliette Greco, Jane Birkin) who look amazing for their age. Everyone from Charles Aznavour to ZAZ agreed that in French music the lyric is more important than the tune; naturally the French think that their songs are more intellectual and better than any others. Plenty of informed, intelligent comment and lots and lots of music. Interesting that the French refer to ‘the Anglo Saxons’, lumping British and American music together as if it were the same. Hmm, it’s a POV.