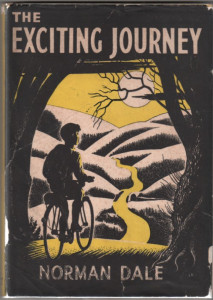 I’ve read several old children’s books this month, so here’s a little chat about them.

When I read Lois in Charge followed by Chris in Command and Hazel, Head Girl, I was going to say, ‘What a bossy lot!’ It turned out though that Hazel wasn’t bossy at all: in fact, not bossy enough. I must here fess up and say that I don’t much care for Nancy Breary, or find her books hilariously funny. She’s one of several authors about whom I disagree with Sims & Clare, much as I admire their book, kept permanently by my desk. In Hazel, Head Girl, Breary makes use of the well worn plotline of two schools merging, with resultant feuds and jealousies. Mill House and Dewpoint combine to form Hessington. The girls are determined to hate each other and stick to the habits (and uniform) of their old schools. Hazel, from Dewpoint, has been appointed head girl before term starts. Some people think this is because she’s a heroine. (She took over the controls of a plane after the pilot had a heart attack and landed it safely!) Unfortunately for her, Vice Captain Lydia (from Mill House), is determined to oust her and become head girl herself. Hazel doesn’t take a firm enough line over this rebellion and nasty Lydia nearly gets her way. The juniors are fiercely partisan and a bunch of silly little idiots. As so often in school stories, the girls seem to run everything, with teachers and lessons completely ignored. Hazel bravely struggles on, trying to persuade the girls to give their loyalty to their new school and become Hessington girls.
( Collapse )
Collapse