The Seventh Wife, T Kingfisher
This would have been a good book choice for YA readers wanting a spooky book for Hallowe’en. 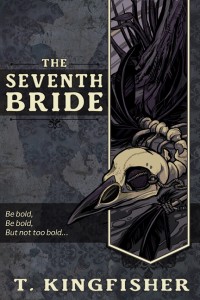 There’s rather a muddle over the title of this book and the author’s name. I received The Seventh Wife from NetGalley (many thanks!) but look on Amazon and you’ll find The Seventh Bride. The author writes YA novels as T Kingfisher but for adults as Ursula Vernon. On her website she describes the book as a fairy tale. She writes ‘Rhea is an ordinary miller’s daughter, engaged to be married under suspicious circumstances to a man not of her choosing. He has unknown powers and a manor house full of mysterious women. Rhea has a hedgehog. It claims to be ordinary, but normal hedgehogs don’t act like that. It’s probably not going to be enough.’

As you begin reading, there’s a strange contrast between a mythical/medieval past where magic co-exists with religion and the saints, and the Americanisms, e.g. ‘gotten’ and Rhea’s mother calling her ‘Honey’. Rhea is instructed by her future husband to follow a path (previously non-existent) to his house. She knows this can’t be right and once she gets there, realises she will never be able to leave. It’s a house of horrors! Strong meat for the young but as it’s written for a younger audience, you remain convinced that somehow things will come right. Crevan, Rhea’s betrothed, sets her a nightly task, saying that if she doesn’t complete it, ‘I will marry you.’ By now out heroine has a good idea what happens to Crevan’s wives, so when she is set a task she can’t possibly complete, she dreads what he will do to her. Can she escape? By the time I reached the last few chapters, I didn’t move until I’d finished the book and found out. Wow. And I absolutely loved the hedgehog.
( Collapse ) 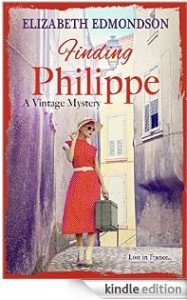