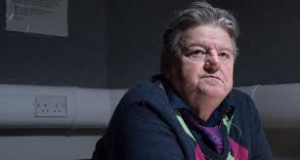 I see the critics have been raving about this new series starring Robbie Coltrane as an ageing, much loved comedian who is accused of rape. I was less impressed. I found it slow (four episodes!) and the music and shots clichéd. What will keep people watching is the big question: did he do it? Because this is no easy, ‘he’s obviously innocent, how will he prove it' story. The more I think about Robbie Coltrane’s performance, the more brilliant it seems. He’s like a giant façade of a man, who reminded me of Archie Rice in The Entertainer: ‘I’m dead behind these eyes.’ After an hour on screen, we still know almost nothing about this man. And there’s enough unsavoury history behind him (his wife must stay with him because she’s a Catholic) to make it just possible that he is guilty.
So it will be interesting to see whether or not we should sympathise with a character who is not very attractive.
Collapse