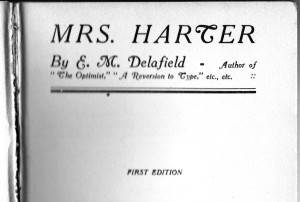 I’m currently reading books from my shelves. I picked two I knew had been waiting a long time: Mrs Harter and The Suburban Young Man, which were lucky market finds. I was slightly shocked to find I’ve had them since 2010 without reading them.

Mrs Harter was published in 1924. It’s the tale of a doomed romance between two people who meet by chance in the close-knit community of a small town. The story is narrated by Sir Miles Flower, crippled in a flying accident. He is married to Claire, a highly strung, emotional woman who always wants to be the centre of attention. Miles is brutally frank about her character defects and the fact that their marriage has not been a success. There is a slight complication in that he’s in love with Claire’s wise, kind sister Mary but although both are aware of this, nothing will ever come of it; they will just be friends. Mary’s children Martyn and Sallie are hard, bright young things. Martyn’s at Oxford, Sallie studying medicine in London. Their view of life is strictly rational and their attitudes to human relationships clinical; they despise automatically all the beliefs and taboos of the older generation. They and the other characters have all known each other for most of their lives and take a keen interest in their neighbours and especially in any novelty.

Mrs Harter, as she is always referred to, is a native of Cross Loman, the daughter of a plumber and so out of the class of the main characters. She married an older man, a solicitor, and went with him out East. That marriage has failed and she returns to live in rooms in her birth place. There she meets Captain Patch, a gentleman who for unspecified reasons has become a lodger with Mrs Fazackerly, a widow famed for the fact that her late husband is reputed to have thrown plates at her head. Mrs Harter makes a poor impression until she sings at a charity concert. In no time she and Bill Patch are seen around together and tongues are wagging. They are in love but there are major problems. She is married and the two are of different classes. ‘the affair of Mrs Harter and Captain Patch’ as Sir Miles describes it occupies the community of Cross Loman for a brief period and is then consigned to the past. There is no happy ending. 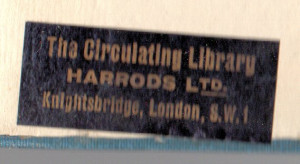 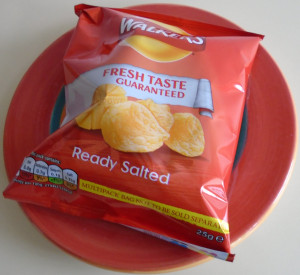