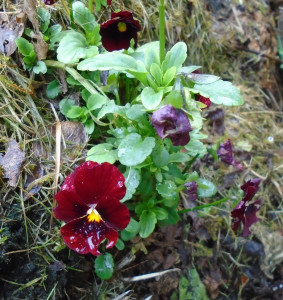 At the end of last summer, which had been such a poor one for the garden, I bought a cheap basket of violas (Waitrose) to brighten the place up. The apparently dead contents later ended up on the compost heap. A couple of days ago I saw flowers growing out of the pile a few layers down, as seen above. Potted up some roots this morning and hope to have a flourishing pot for a while. I love such rich, dark colours and have some self sown ‘Blood Red’ wallflowers already out in a couple of sheltered spots. 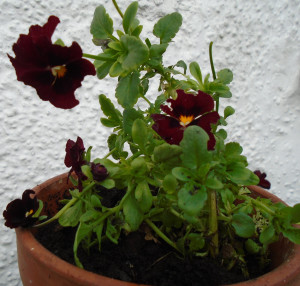