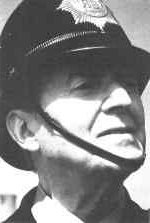 I've just received a message from Dorset police about the terror threat. Here's part of it:
'“Armed officers will be doing overt foot patrols, carrying a long-armed firearm, which is the first time this has happened in our area.

“This is not based on any change in intelligence or threat for the South West, but the decision has been taken, whilst we are at a critical threat level, to make firearms officers more deployable and visible to our communities. We think this is what the public would expect at this time.

“Our priority is to provide as much reassurance to communities as possible but we do recognise that some may feel anxious. The firearms officers will be engaging and talking with people and we would actively encourage you to approach the officers and ask any questions you may have.'

Personally, I feel *more* alarmed by the presence of armed police on English streets.
Collapse