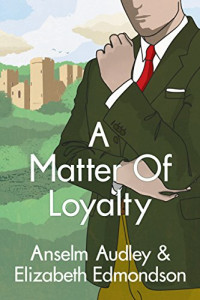 I wrote here about how much I was looking forward to the next instalment in the Selchester series, which will be out on 19th October. Then I was lucky enough to get a preview copy from NetGalley.

Anselm Audley writes at the end of the book:
‘This will be the last Selchester book and the last book of (my mother’s) career. It was written to honour her valiant effort, and to ensure that one, at least, of all the stories she still wanted to tell would see the light of day.’
So, does this continuation of a series by another writer work? Yes, I’m pleased to say. This story progresses seamlessly from the one before and all the characters behave as one would expect them to. It begins with the disappearance of ‘an atomic scientist’ and the assumption that he has defected. Hugo Hawksworth (wonderful name), is not satisfied that the missing man was a traitor and yet again his investigations come up against an establishment all too ready to opt for the easy solution and hush things up as much as possible. I can’t say more without giving spoilers except that, towards the end, the book becomes a real page turner and I raced through it.

My only criticism (very personal) would be that the balance between Hugo/the Service/the police/murder investigations and life for the people living at the castle is rather tipped in favour of the former. I like as much as possible about the castle. If you’ve enjoyed the previous Selchester books, you have to have this one, too.
Collapse