I’ve missed out a stage here because work is ahead of schedule, hurrah! At the end of the working day yesterday, heavy duty fleece was laid and weighed down with my bins and anything else available. It was very windy and rained later. This morning we had a delivery of ‘number one rocks’, which were spread around and tamped down. The first photo shows what that looks like. 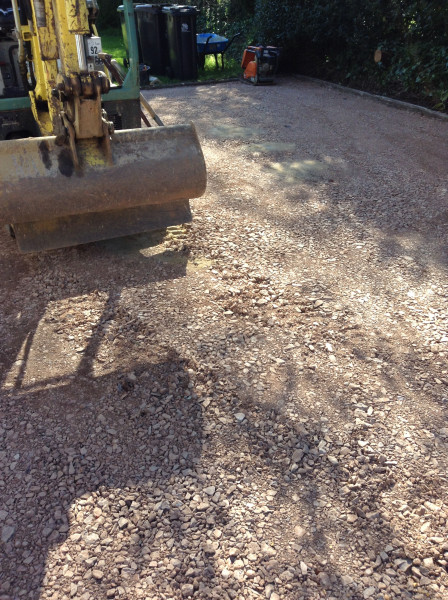 At the end of today’s work, I was just in time to catch the lorry unloading gravel. Quite a lot of this has now been spread around, so we must be nearly there. 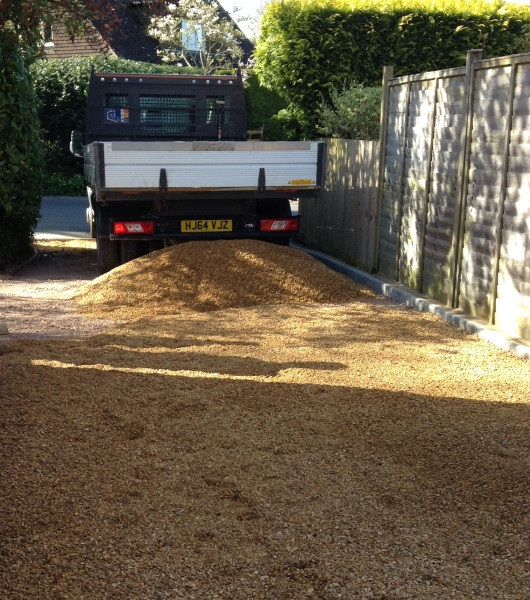