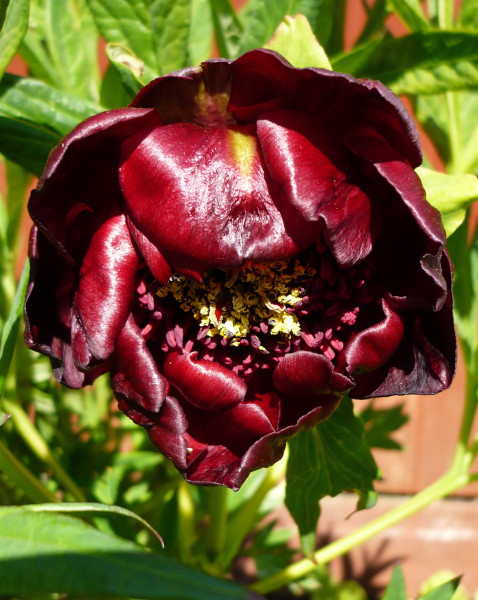 Last September I wrote here about the pots I’d filled with daffodils for spring. Alas, they’re all over and the pot garden, as I grandly call it, is bare except for some evergreens I’ve put there and the hosta, which is growing like mad. I spent some time this afternoon potting up so that I’ll have a new display this summer. The cuttings you see in the September post spent the winter on a bedroom windowsill, were moved into the greenhouse last month, then potted on when they’d hardened off a little. They’re flourishing; one more pot and they’re ready for the summer show. I was so successful with them that I shall have some spare geraniums for the borders; they make very good fillers.

It’s so nice that there are now new flowers out every day. The tree peony, which I wrote about here, has at least ten flowers open, with more buds to come. This pleases me.
Collapse