Napoleon thinks he can stop British blockades by controlling Portugal. He also wants the Spanish navy because he still believes he can invade Britain. This leads to what is now known as the Peninsular War. Spain is a country in decline, its ‘Golden Century’ in the past. It is backward, still has the Inquisition. Its king, Charles IV and his son Ferdinand hate each other. Spain looks ripe for the taking but Napoleon underestimates the size of the country and the opportunities the terrain gives for guerrilla war. He begins with politics, dealing with Charles and Ferdinand and making Joseph king. Not surprisingly, this is unpopular. Once it’s clear Napoleon will have to fight for what he wants, there is a shock defeat for the French at Bailén. He is unable to be in the peninsula himself because of an important meeting with the Tsar at Erfurt. Alexander has annexed Finland, and the Continental System is very unpopular in Russia. So, in spite of his protestations of friendship, he is cooling towards Napoleon, while the devious Talleyrand is feeding him French plans. Napoleon meets Goethe, who enjoys his conversation.

Napoleon receives another blow when a comparatively small British force under Sir Arthur Wellesley (soon to be Duke of Wellington) defeats the French decisively and takes Portugal. (Memo to self: must read Georgette Heyer’s An Infamous Army again.) 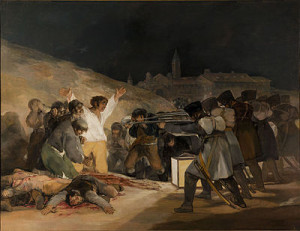 The Third of May 1808 by Goya. A French firing squad executes Spanish rioters. There is great brutality on both sides. (Crossposting from Dreamwidth screws up formatting, sorry.) 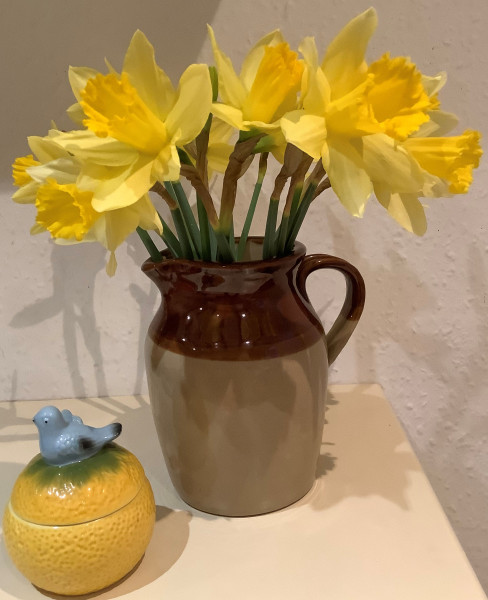