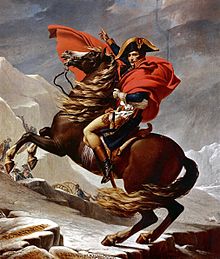 As it’s Sunday, let’s give battles a rest and have a quick look at the art of the Napoleonic/Empire era. Napoleon was a great patron of the arts and allotted an annual sum of state money for buying works of art, mostly for the Louvre. He also took works of art from conquered cities. Besides painting and sculpture, furniture and objets were designed in what became known as ‘First Empire Style’. (We still talk today of empire-line dresses.) This style became fashionable all over Europe. Even while Britain and France were at war, wealthy Britons bought and commissioned artworks of various kinds from France. Visit any grand house and you’ll almost certainly see this influence.
( Collapse )
Collapse